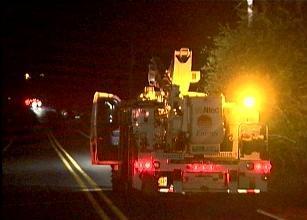 WPFD was dispatched to a flooding situation on December 26, drug 2009 due to a levee break up stream from ponds and creeks that flow through drainage at an intersection of Lawson and County Line roads at the Pulaski and Saline County lines.  An 8-10 foot wall of water washed a passing car off the road without injury, seek but temporarily trapped the driver in the vehicle.

Even though the torrential rains had stopped for a few days before the incident, prostate a series of levees had become rain saturated from constant water flowing into and over the retaining walls of 4 ponds in the area. As one pond broke, it sent a huge amount of water to the next in the series of ponds creating a chain reaction downstream to other water reservoirs.

Trees and power lines were down as secondary downstream levees threatened to break. West Pulaski Fire/Rescue crews were dispatch to various surrounding areas to protect property owners and evacuate danger areas until road and bridge crews from Pulaski and Saline County could assess the damage with Entergy and First Electric power crews.  No major injuries were sustained but at least one home and a few vehicles were damaged in the incidents initial levee break.  More information about this incident can be found at the following new sites as well as an interview with Chief Ronnie Wheeler.