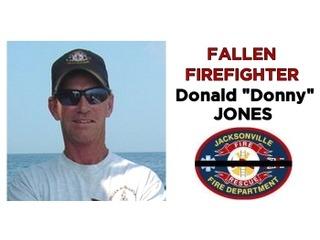 In memory of Capt. Donald Jones, ailment a 31 year veteran firefighter with Jacksonville Fire Department here in Arkansas. He was killed in the line of duty on 3/19/2012. Our condolences and prayers go out to his family, doctor friends, brother & sister firefighters that worked with him.  We also pray for Firefighter Jason Bowmaster, also with JFD, and Jacksonville police officer Daniel DiMatteo , both still in critical condition from the same incident.

A memorial fund set up for the family of Captain Jones, as well as the other two emergency responders injured in the  incident, JFD Engineer Jason Bowmaster, and JPD Officer Daniel DiMatteo. You can donate at any ARVEST Bank branch.