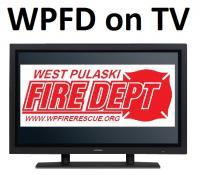 This life changing camp evolved from discussions held after the tragic Westside Middle School shooting in Jonesboro, March, 24, 1998, during which two students-sixth and seventh grade-shot and killed a teacher and four students, and injured two other classmates. The mission was to empower students to respond to disasters and emergencies in the event adults are not available or unable to assist them. The student graduates of Rapid Response Team Camp have confirmed the mission and benefits of providing lifesaving training  at the camp many times over, with the successful use of learned skills in response to minor and life threatening emergencies they have encountered.
After graduation from camp, high school students are encouraged to start a Rapid Response Team at their respective schools to have their peers also ready to serve as leaders and responders, if needed. This is critical in many schools around the state that may be without a full time nurse or basic first aid trained personnel.
More than one Rapid Response Camp graduate has saved a life or cared for an injury with training received during this course. This is especially beneficial in rural areas with limited emergency help or long distances between health facilities.
West Pulaski Fire Department is proud to participate each year in this tradition, held at the Arkansas 4-H C.A.Vines Center, to simulate the Fire and Rescue Emergency Responder role with our own personnel and apparatus (fire trucks) to add a realistic touch to the mock-emergency event planned at the end of each camp.

Pictures from the event at this link : http://www.wpfirerescue.org/2012-events/2012-american-red-cross-disaster-preparedness-training/